"Austin, Texas native Govinda drops this album just in time to give the already raucous crowds a little taste before he goes out on a couple guest appearances outside his home base. He’ll be jamming through Dallas for Manifestation Celebration in May, which makes this album even more of a must-have.

Govinda starts Universal on Switch off with a nice dose of his trademark Middle Eastern down-tempo beats. As the album progresses, Govinda winds the listener in, out and through the elements of dub, down-tempo, and Middle Eastern influenced music. Govinda mixes the essential element of deep bass as he blends the melodious voices of beautiful women, chanting men, and other audio samples that give each track a unique feel.

Along with great production he put into Universal on Switch, Govinda plays the violin effortlessly throughout the different tracks allowing one to fully grasp his talents. This is the first opportunity Shane O’Madden, the face behind the beats, has had to fully concerntrate on producing music. For his first five years out of college, he worked for Mattel media writing music for teeny-bopper video games. O’Madden’s conscious efforts on this one are not easily missed.

Govinda is a self-proclaimed pleasure junkie, who loves anything that stimulates the body’s senses. The new album is aptly named — it’s something that turns everybody on.

Go support your local Texas music by getting the album, checking out his shows, and spreading the word."(c) 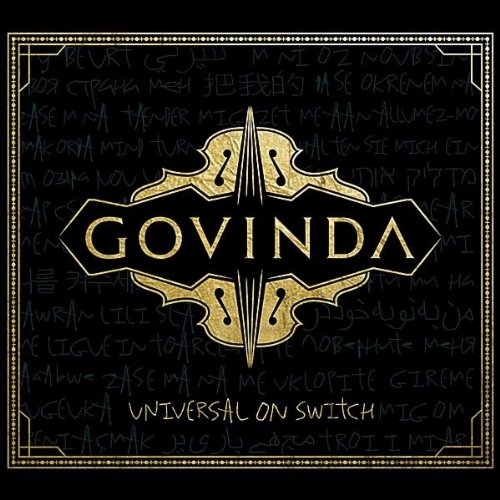